It was back in December that we first made the fateful decision. Struggling to think of incredibly awesome, unique and never to be forgotten Xmas presents for each other, we were partaking in a bottle (or two) of quality red while browsing the interwebz for lolcats, unicorns or something equally as entertaining when it struck us like a bolt from the blue!

The lineup looked great and  it would give us an excuse to jump the ditch and spend some time in Melbourne. So we had a closer look at their website for the ticket options…

Regular…gets you entry to the festival and that’s about it. Nope.

VIP…comes with express entry, access to designated VIP viewing platforms, VIP bar and (more importantly) extra toilets! Looking better, but what else have you got?

First Class!! Only available in Sydney and Melbourne, these tickets get you entry, all the VIP stuff, as well as access to the double story First Class lounge and balcony located in between the two main stages, hair and makeup styling for the beautiful ones (I didn’t take them up on the offer), cloak room, even MORE toilets with no lineups, drinks vouchers, merchandise voucher and a food voucher. Two tickets please!!!

We were hoping for good weather and Melbourne didn’t disappoint us. 35 degrees!! We were in heaven…

A little hiccup at the start of the day due to issues with the Myki public transport ticketing system resulted in us missing the Stafford Brothers and Timmy Trumpet opening the festival, but things only got better from that point onwards!

We wandered the expanses of Flemington race course from stage to stage for a while, getting a feel for the layout and checking out the merchandise before it all sold out.

While it was still early in the day, the appearance of this bloke dressed as a unicorn absolutely made my festival! I can’t imagine how he survived in jeans though…

Making our way back to the First Class Lounge, we starting making good use of our drinks vouchers. While there weren’t any signs, it seemed that these could be used on pretty much anything except proper cocktails. As you would expect, drinks were very expensive ($12 for premixers – Smirnoff Ice, G&Ts, Smirnoff Mules etc…) so these vouchers definitely came in handy! The lineups at the drink tents outside were enormous, so it was fantastic to be able to literally walk up and be served in a matter of minutes.

Early in the day the lounge wasn’t all that busy, but it filled up pretty quickly as the bigger acts started to emerge onto each of the two main stages located either side of the building. If you were really keen to get up close and personal then you’d obviously be out in the mosh pit, but if you only had a passing interest in some of the bands then the lounge balcony was the place to be as it gave you great views of both the stage and the crazy kids running amok in the crowd!

The view from the First Class balcony

By mid afternoon the place was going nuts!! The lounge was full and the open spaces outside the lounge had turned into a seething, heaving, mass of sweaty humanity.

We decided to use our food voucher, but were very disappointed to find that there was only a single food outlet for us to use inside the confines of the lounge. First World problems blah blah blah…but still, we thought they would have put a bit more thought into it as it took about 30 minutes to get served a couple of small, but tasty, soft shell tacos.

The tent at the bottom of this photo shows the taco outlet (5mins to place our order, but about 25mins waiting for them to cook our meal on three very small BBQs)…

The taco outlet..in a sea of humanity

After finishing our meals it was getting closer to the pointy end of the day. Our two ‘must see’ acts were Boys Noize and The Prodigy.

So with a few drinks under our belts and thumping bass in our ears, we took to the Warrior’s Dance Arena for a taste of German electro…

Alexander Ridha (aka Boys Noize) working his magic from the top of a chrome skull!

Yours truly (with a dodgy little camera) and Karen , in amongst it all!

We meandered between acts for the next hour or so. Sven Vath and Hardwell were quite good, whereas the Stone Roses were (unfortunately) very disappointing. We also attempted to get back into the First Class Lounge, only to find that they must have oversold on tickets because there was a MASSIVE lineup out the front. Very disappointing given how much we paid for our tickets, but hey…

We finally came to the grand finale of the festival. While most were off at the other stages watching Bloc Party, Richie Hawtin and Avicii, we had eyes only for The Prodigy!!

These guys first leapt into our consciousness back in the 90s with killer tracks like Voodoo People, Firestarter and Out of Space. To be honest, their music is a soundtrack to our teenage years and it is incredible to see that they are still producing technically brilliant and sonically challenging dance music for Gen Y. Although, I couldn’t believe my ears while they playing ‘Poison’ when I heard one young punter next to me say to his mate, “What’s this one? I’ve never heard it before…”!!!

The set list covered their whole career, with a new track thrown in for good measure. While we had seen them play most songs at the Big Day Out a few years back, it was great to to see them pull out some classics from both the ‘Experience’ and ‘Music for the Jilted Generation’ albums that we hadn’t seen live before.

The sound system they were using was sensational, and the light show was the best I have ever seen!

A great way to end what was an unforgettable festival experience!!

Incredible light show for The Prodigy

And here is my favourite shot of the whole day…

The Prodigy and The Crowd

ps. You know you’re getting on a bit when you have a random conversation like this at the urinal…

Me (after a moment’s hesitation as I work out that he’s not talking about snorkeling): “Nah, sorry mate. Not my thing.”

Teen: “No worries. You too old or something?”

I can’t help but laugh at the sincerity in his voice as I walk out, ready to match it with the Prodigy at the grand old age of 36. 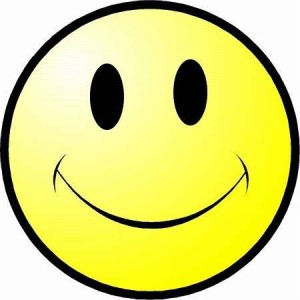