When telling people that we were going to be travelling to Japan, the conversations inevitably gravitated towards four things:

At a glance all four may seem quite different, but when you look more closely you see a common pattern emerging. They are all caused by geological instability in the Japanese region due to Japan’s location on the western edge of the Pacific tectonic plate.

But, in the immortal words of The Avalanches, “What does that mean?!!”

It means that the earth moves! And as a result of that movement, all over Japan you get hot water rising to the surface through the rocks and the soil, picking up various chemicals and metallic elements along the way. If you’re lucky enough, the water cools sufficiently that by the time it reaches the surface it’s a cozy 35-45 degrees celsius. If you’re not so lucky you get broiled alive! Yay!

So over the centuries the Japanese have taken advantage of these hot springs and their reputed healing properties by building both indoor and outdoor onsens. They can range from fancy tiled pools surrounded by sulphuric waterfalls, to the simplest pool at the edge of a river surrounded by a crude ring of rocks. Wherever the location, onsens are generally designed to be communal spaces, where people come together to wash, relax and unwind from the stresses of their working life.

In the vast majority of locations you’ll find that separate onsens have been built for men and women, with each getting swapped over once or twice a day so that you get a bit of variety. In some locations in more rural Japan they still utilise mixed onsens, but from what I’ve heard they seem to be a dying breed.

So what’s the big deal? Surely you just rock up in your boardies, dive in and indulge in some top-shelf horse play?? Perhaps a backwards somersault or two if you’re really keen?

Onsens have a history going back thousands of years, and the social customs that surround the use of an onsen are well established and pretty much non-negotiable!

So what does it involve? Well here’s a step by step guide to using an onsen…without bringing shame on you or your family!

1. Make yourself familiar with kanji character for male and/or female. You don’t want to get it wrong! To me, the character for ‘male’ looks like a bloke on the run from the onsen police (probably because he got his kanji mixed up)! 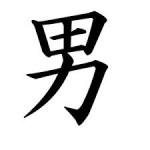 Whereas ‘female’ looks like a chick with her legs crossed…kind of…if you squint really hard and turn your head to the side! 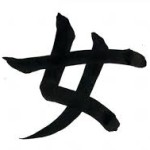 2. Before going to the onsen, make sure you have a face washer. It isn’t for show. You WILL be using it! Hotels will provide you with one, often with a little draw string bag to hold your stuff. Also make sure you take in a towel. If you’re visiting a public onsen then you will also probably need to take in a bar or sachet of soap and shampoo/conditioner if you’re keen on washing your hair, whereas hotels provide all that in the onsen for free.

3. If the onsen is at at your hotel you probably won’t need to pay, but if it’s a public one then you might have to pay few hundred yen. There should be someone at the entrance that can take your money.

4. Using your newly acquired kanji skills, look for the doors to the men’s and women’s onsens. Remember, if you’re a bloke and you went to the onsen yesterday, then it’s likely the bloke’s onsen is going to be in a different room the next day!

5. Walk through to the onsen entrance where you’ll need to take your shoes off and store them either on the ground or on one of the shelves provided. This is not an optional, you MUST take them off! Don’t worry about theft, no one wants your manky, smelly hiking boots anyway!

6. Step up onto the slightly raised tatami mat floor and pick one of the numerous baskets for yourself. It doesn’t matter which one, but you might want to make it easy to remember as they all tend to look the same when you stagger out of the onsen later on!

7. Take off your clothes. All of them! Yes, that includes underwear. No ifs or but(t)s. Unless you’re at one of very few onsen located in a shrine, you’ve got to be butt naked!

8. Casually stroll across to the entrance to the bathing area, using the face washer to cover your ‘bits’. This isn’t essential, but is considered polite. Open the door and you will be greeted by warm, humid air, a dozen friendly faces, and one or more pools of steaming water.

10. If you can drag your eyes from the enticing hot spring you will notice that there are a lot of showers located along the walls of the establishment. Pick one and make yourself comfy on the tiny plastic seat that you’ll find under the shower. These seats are pretty small, so if you’re tall then you’ll probably end up with your knees around your ears! Despite that,  I’ve got to say they are surprisingly comfortable! If you’re at a hotel onsen then there will also be dispensers of soap, shampoo and conditioner lined up on the wall for you to use freely.

11. Take the shower head out of its holder on the wall and press the big button on the base of the shower (making sure you’re not pointing your shower head at the person next to you…I learnt that the hard way!). A stream of warm-to-hot water will emerge for about 10-15 seconds, at which point you’ll need to press the button again and more water will come out.

12. Using your washer and soap, wash yourself thoroughly. And I mean thoroughly!! ‘Pits/crotch/bum-and-you’re-done’ does not pass muster in an onsen, and the old timers will let you know about it if you skimp on the scrubbing!! I’ve heard stories of people being given personal instruction on how to clean themselves if they weren’t thorough enough! Face, back, legs, feet, everything!! With vigour!!

13. Rinse yourself off thoroughly (soap in the onsen itself is a massive no-no) and make sure you also give your seat a wash down.

14. With glowing skin and rosy cheeks (top and bottom), make your way over to your pool of choice. Where there are multiple pools, there may be a temperature display above the pool telling you how hot the water is. To be honest, I found the 35-40 degree pools to be warm, but nowhere near hot enough, but you might want to try one anyway just to see what it’s like. I definitely preferred the pools that were at around 43-45 degrees.

15. Before entering the water be sure to either place your washer on the side of the pool, or fold it up and put it on your head. At no point should your washer EVER enter the water, and hence make it dirty. Pick your point of entry to make sure you’re not going to splash anyone and slowly lower yourself into the water. This is particularly important if you intend to enter a 43+ degree onsen for the first time as the initial heat can be quite intense…particularly on your western ‘delicates’!

16. Soak…relax…and empty your mind. If you’re in a natural onsen you may even feel the hot water slowly seeping up through the bottom of the pool between your toes…bliss!!

17. Generally there isn’t a whole lot of talking going on in the onsen, although at one of the more rural onsens that we visited it got quite boisterous at one point. Most people are there to just relax, so you won’t be considered strange if you just sit/lie there and don’t say a word.

18. Once you’ve had enough, slowly get out of the pool and make your way back over to the showers. This step isn’t essential, but as the onsen water is normally sulphuric you will probably want to get rid of the faint smell that comes with it. After your shower, use your washer to remove most of the moisture from your skin. Again, not essential, but it means you won’t leave a puddle of water in the change room.

19. Make your way back to your basket, dry yourself off with your towel, and put your clothes back on.

20. Grab your shoes and make your way back to the real world!

You’ve now successfully completed your first ever foray into the world of onsen!!

The mechanics of it are all quite simple, but obviously the one thing that most westerners are concerned about is getting nude with a bunch of strangers.

To be honest I was a little apprehensive, but once I got over that initial couple of minutes and realised that no one actually gave a toss, the nerves disappeared and I found myself really enjoying the experience. In retrospect, the fact that everyone was a stranger in the onsen and I knew I would never see them again in my life made it a little easier, but after a while you just don’t care any more!

It’s funny how we’re all built exactly the same and yet different cultures can treat nudity in such different ways. After our first couple of onsen experiences I was talking to Karen and started to say that someone really should start up a good onsen in Australia…but the more I thought about it the more I realised that it just wouldn’t work. Any guy visiting such an establishment would either be labelled as gay and looking for a good time, or as a pervert hoping to catch some eye-candy. Sad, but true, and ultimately we’re the biggest losers because it’s an amazing experience that we’re all missing out on.

So in conclusion all I have to say is that no matter how nervous you feel, no matter how scary it sounds, if you’re visiting Japan you have got to try an onsen, because it could quite literally be a once in a lifetime opportunity!!

For obvious reasons it’s a bit difficult (if not impossible) to get photos of a public onsen, but here’s one of a private one we used while staying in Miyajima…

A very small onsen at one of the ryokan we stayed at. You can see the shower and plastic seat on the right hand side.